Remembering the fallen 40 years on 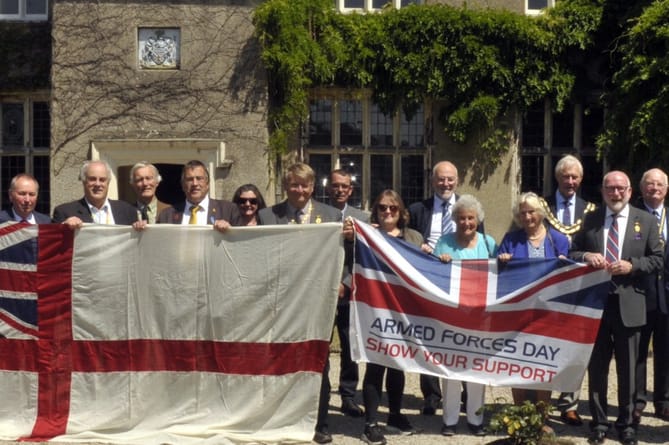 Dignitaries from the locality gathered at Old Forde house on Monday, June 20, for the ceremony.

A TEIGNBRIDGE council flag-raising, which took place at Old Forde House, Newton Abbot, was in honour of serving and veteran members of the Armed Forces, as well as highlighting the 40th anniversary of the Falklands War.

Census 2021: How do official population figures compare to estimates?

Teignbridge road closures: seven for motorists to avoid this week

Leader of Teignbridge Council, Cllr Alan Connett, said: ‘As a nation, we owe an immeasurable debt of gratitude to the Armed Forces who retook the Island at a cost.

‘There is a local, personal side to the war we fought, Cllr Martin Wrigley kindly donated his father’s flag.

‘Thank you Cllr Wrigley for bringing in your fathers flag and can I say as the Teignbridge Armed Forces Covenant Champion to all Veterans and serving members, thank you for your service.’