Good turnout and plenty of entries for Kingskerswell Village Show 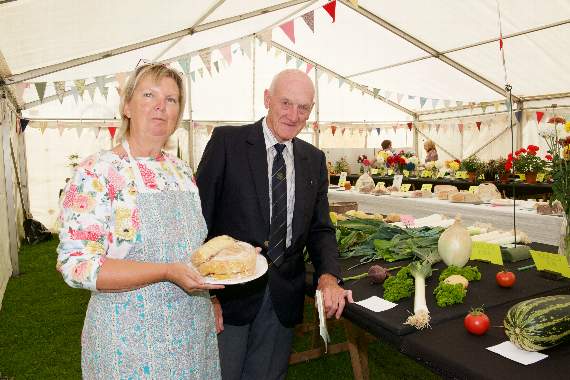 AROUND 600 visitors attended the 70th anniversary of Kingskerswell Village Show, on Saturday, which incorporated the annual Garden Society Show.

The event was held in a marquee for the first time on the Parish Meadow, opposite the church.

Best in show prize for the scarecrows went to the Kingskerswell Bellringers, with Kingskerswell Primary School taking the junior award.

A-Level results are out across Devon

Organisations from the village were represented on the meadow in a variety of stalls.

Garden society chairman and show organiser Alison Ainsworth said: ‘It went very well, and it was a nice sunny day.

‘It was good to see the organisations from the village come together and help out.’

Ms Ainsworth thanked Teignbridge Council, the Summer Moon Festival and Galliford Try for grants and donations that made the event possible.